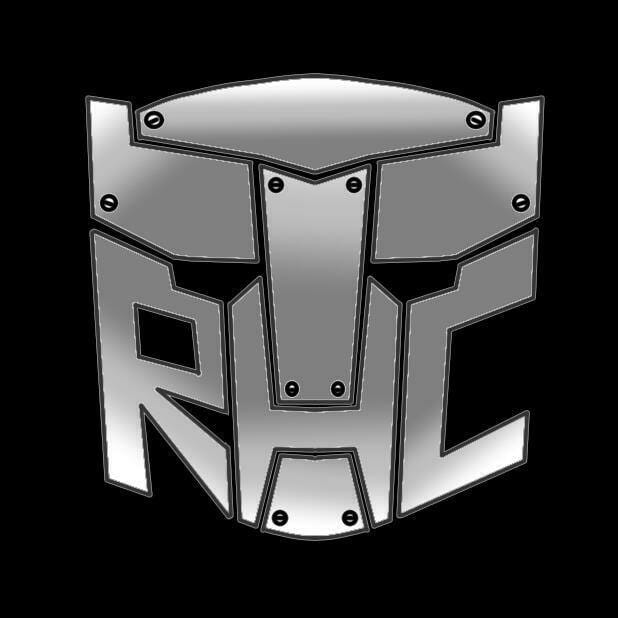 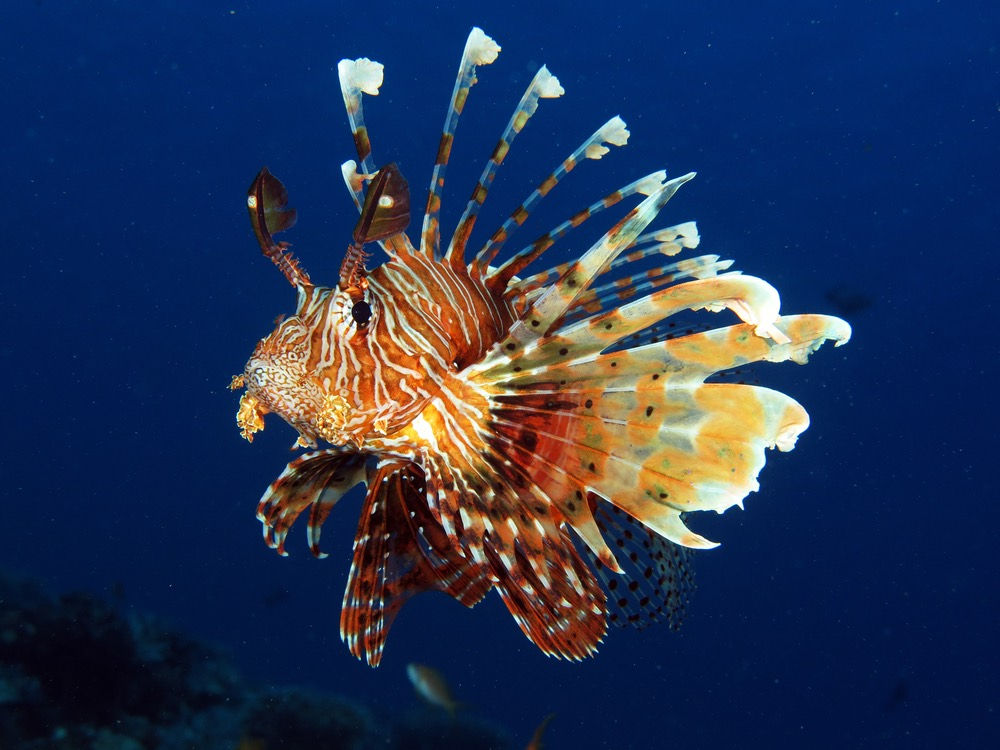 The robotics company iRobot, known for creating the autonomous and endearing Roomba vacuums, is taking steps to make a clean sweep of lionfish in the coastal waters of the Atlantic Ocean, with a robot designed to target and dispatch the invasive fish.

A diving robot will enable individuals on the ocean surface to remotely zap and kill lionfish with electrical charges. The effort is meant to help curb the fast-growing populations of these voracious predators, which are recognized by environmental officials as a serious threat to marine ecosystems in the western Atlantic.

The initiative to launch the lionfish-targeting robot is called Robots in Service of the Environment (RISE) and represents an iRobot partnership with organizations and volunteer experts in the fields of robotics, engineering and conservation. The lionfish project is the first RISE effort to address environmental challenges with robotic solutions, according to a statement on the RISE website.

3D renders of the robot show a remotely controlled device equipped with a camera, so that users can track the lionfish remotely. At the front of the robot are two discs mounted on rods and facing each other. When the fish is positioned between the discs, the robot’s operator triggers a lethal electrical shock; the robot then collects the fish in a net or cage to bring it up to the surface.

The first generation of robots will measure about 2.5 feet (0.8 meters) in length, according to John Rizzi, executive director of RISE. The team’s goal is to design compact robots suitable for recreational hunters, as well as larger models to accommodate greater numbers of lionfish for commercial hunters, Rizzi told Live Science. Production and in-water testing of working prototypes is anticipated for November, Rizzi said.

Lionfish — the common name for the Pterois genus, which contains 12 species — are striking to look at — their bodies are covered in bold stripes and delicate, fluttering fins that are offset by rows of venomous spines — making them a popular choice for aquarium owners. Native to Indo-Pacific ocean waters, the flashy-looking predators can measure between 2 and 17.7 inches (5 and 45 centimeters) long, weighing up to 2.9 pounds (1.3 kilograms).

If only the non-native lionfish had stayed confined to their aquariums. But for more than two decades, invasive lionfish have been breeding in the Atlantic Ocean and in the Caribbean Sea at an alarming rate. And with no natural predators in those regions to keep their numbers in check, lionfish are decimating native fish populations.

In Florida and in the Bahamas, where native fish and coral reef ecosystems have been especially hard-hit by booming lionfish numbers, environmental officials have organized hunting events encouraging divers to catch as many lionfish as possible. Research showed that the hunts can help native fish rebound, but they are most effective when targeting small areas, and won’t control lionfish populations on a larger scale.

Could diving robots help conservationists gain control of these invasive pests? Rizzi told Live Science that they could, by allowing users to target deeper waters where lionfish breed, and where diving hunters typically can’t go.

“The average recreational diver stays close to shore and can only dive to 80 to 100 feet [24 to 30 meters],” Rizzi explained. “Big colonies of lionfish have been found down to 900 feet [274 m]. We believe this device is the only way to economically kill populations off at greater depths.”

Diving robots would need to get very close to their targets to deliver the killing shock, and tests showed that the lionfish didn’t seem spooked by an approaching robotic hunter, Rizzi said. While other fish would quickly swim away when approached with probes similar to those the robot would carry, lionfish didn’t respond — perhaps because they aren’t used to being hunted by natural predators in that region, Rizzi suggested.

“We’ll be their first predator,” he said. “They won’t see us coming.” 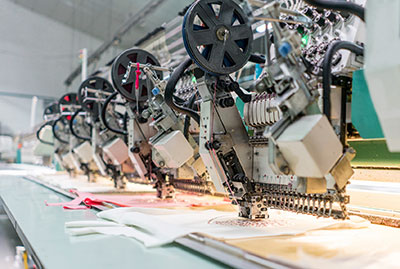 Garment manufacturing is one of the core sectors that launched the Industrial Revolution. From that day to this, however, it has also been associated with significant safety issues. Despite many positive changes over the years, the textile industry remains one where employees often face danger and hard working conditions.Thanks to the latest advances in robotics, that may be about to change.

Though some of the earliest industrial labor-saving machines were designed for textile workers, the underlying production strategy of the industry has not transformed. Because of the inherent flexibility of textiles, machines often have problems moving them, stacking them, or lining up seams and edges during ordinary tasks.

The LOWRY automated textile handling system may offer solutions. Using a four-axis design and a combination of the latest computing, robotics, and machine vision technology, it is capable of activities no previous system has handled effectively:

Patterns from most common pattern design formats can be transferred directly into the robot’s memory. Specific details can be fine-tuned using CAD software for sewing.

“Sewbots” are Already Appearing Around the World

Adidas recently unveiled an innovative footwear production plant – called a “speedfactory” – in its home country of Germany. After a successful pilot program, the concept is expected to reach the United States in 2017.

Both plants are expected to reach a mature production level of 500,000 pairs of shoes annually.

This will help improve supply chain issues that have traditionally plagued the industry. In the case of footwear, consumers receive products many months after a retailer has placed an order. That can result in reduced sales, quality, and customer experience.

Garment companies have much to gain by implementing innovative robotic technology. Still, they are not the only ones positioned to experience accelerated growth. Suppliers of robotic textile equipment stand to achieve unprecedented industry partnerships – and profit.

At the 2016 Texprocess America conference, vendors demonstrated new automation capabilities touching on dozens of sewn products. Today’s technology allows for automated fabrication of virtually any textile product, and it will only get better from here.

Within a few years, robotic technology could be a dominant force in the textile industry. 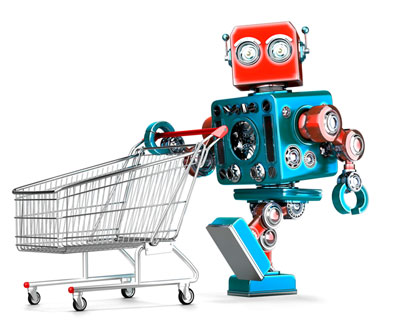 Robots have been making the news lately, but they could also be showing up in your local grocery store before you know it. Thanks to enhanced safety, more compact designs, and more versatile machine vision systems, robots “working” at grocery stores may soon be a common sight for shoppers.Pilot programs for introducing a robotic workforce to the local grocer have taken two forms:

Robots have already proven excellent at managing common tasks in logistics hubs. With sophisticated servo mechanisms, they can safely palletize, de-palletize, transport, and inspect goods. Until recently, however, their capabilities have remained somewhat limited – they require a controlled environment and work best with objects of a definite weight, shape, and size.

Through faster wireless networking and other innovations, however, things are changing quickly.

The British online supermarket Ocado is introducing 1,000 grocery-sorting robots to its warehouse operations. According to Cambridge Consultants, the group that developed the system, it uses “the most densely packed mobile network in the world.”

The robots can sort through hundreds of thousands of crates, responding to real-time changes in inventory levels and demand, from their positions atop large crate stacks. To reduce errors and maximize productivity, the robots receive up to ten commands per second.

The system is live in Andover, Hampshire, with larger implementations in the works.

Robots are also performing inventory tracking iin today’s supermarkets. Big box stores already spend thousands of hours a year dealing with manual inventory management – typically, roaming associates use hand-held devices to verify stock levels. That may soon be a thing of the past.

New inventory management robots can scan 15,000 retail items in just an hour, making it possible to check up on the whole inventory of a typical grocery store multiple times a day if needed. The robots can recognize when supplies are low and find items that are shelved incorrectly.

Studies have shown that items out of stock cost retailers as much as $500 billion a year. With robots in charge of time-consuming inventory tasks, human workers can focus on customer service and other high-level issues that contribute to a better experience.

The basic technologies for modern “grocer-bots” are already in place. With enthusiasm for robots higher than ever, 2017 could be the year they become a widespread reality.

OBJECTIVE OF THE CLUB

To create awareness in the field of Robotics Engineering by providing the knowledge in the streams of mechanical, electronics, electrical, and mechatronics engineering.

To realize the innovative ideas in the field of Robotics Engineering.

FUNCTIONS OF THE CLUB

Facilitate training on various components required to build both basic and advanced robots.