Lions Clubs International is an international secular, non-political service organization founded by Melvin Jones in 1917. As of April 2015, it had over 46,000 local clubs and more than 1.4 million members in over 200 countries around the world.

Leo Clubs are an extension of the Lions service organization which aims to encourage community service and involvement from a young age. Leo Clubs much like Lioness Clubs are sponsored by a parent Lions Club.

To provide the youth of the world with an opportunity for development and contribution, individually and collectively, as responsible members of the local, national and international community. 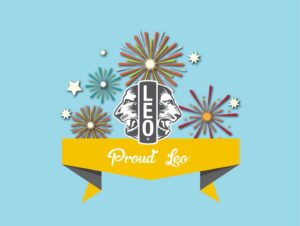